Call to Fasting and Prayer

Clarion Call to Fasting and Prayer

Can you hear the sound in the air? Can you feel Him calling you higher?  Do you feel Him drawing you closer? Come up higher my son, come up higher my daughter! Heaven is speaking, and there is a clarion call to more fasting, praying, and spending time with the Lord so that His work, His will and His plans can be established and manifested in the earth realm.

We have been hearing this for some time now and we really are living in the last and evil days. Scripture and prophecy are being fulfilled before our very eyes, and no matter who you are in Christ it is all around us. The return of Jesus is near!

There is such a need for the Body of Christ to walk in the same power and likeness that Jesus and his disciples did while here on the earth. When He ascended into Heaven and was seated at the right hand of the Father, the same power that He walked in didn’t leave.  On the contrary, that power was released at Pentecost, and that power is still here today!

7Nevertheless I tell you the truth; It is expedient for you that I go away: for if I go not away, the Comforter will not come unto you; but if I depart, I will send him unto you. 8And when he is come, he will reprove the world of sin, and of righteousness, and of judgment: 9 of sin, because they believe not on me; 10 of righteousness, because I go to my Father, and ye see me no more; 11 of judgment, because the prince of this world is judged. 12I have yet many things to say unto you, but ye cannot bear them now.13Howbeit when he, the Spirit of truth, is come, he will guide you into all truth: for he shall not speak of himself; but whatsoever he shall hear, that shall he speak: and he will shew you things to come.14He shall glorify me: for he shall receive of mine, and shall shew it unto you.John 16 7-14

If our precious Savior yielded his life to prayer and fasting, how much more should we? Living as a man in the flesh, who touched the lives of many as he came on the scene, countless men and women were set free. When He ministered through his teaching, deliverance went forth, when he walked past the demoniacs, they experienced liberation. The power of God was able to follow Christ because He lived a lifestyle that was pleasing unto the Father; one of obedience, prayer and fasting. 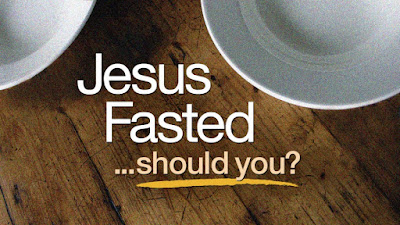 After Jesus returned from his forty-day fast, he walked in a new level of power, boldness and authority. There was no doubt that the anointing was present over him. What has happened to this power now? Or shall I ask this question… Why is it that very few Christians operate in this same ability today? Why is it that we come to church and believers are prayed for yet they return in the same condition? If Jesus Christ said to Philip, “greater works shall you do because I go to the Father”, John 14:12 and because the word of God is to also apply to us, are we not held accountable for the “greater works”?

Is the modern day Church of Jesus Christ living void of the “greater works”? If so, wouldn’t you like to see a contemporary manifestation of them?  I imagine because you are reading this book! Glory!

Verily, verily, I say unto you, He that believeth on me, the works that I do shall he do also; and greater works than these shall he do; because I go unto my Father John 4:12.

There is a Clarion Call to Fast, but before we touch that topic please allow me to ask you a few questions:

Could it be that the church has lost (much) of its power because of the lack of fasting and prayer? Could it be that we are not experiencing the “greater works” because we are not walking in the likeness of Christ?
If the anointing that rested on Christ after he was led into the wilderness was strong enough to do all that is mentioned in the next passage of scripture, how much more would it be if we also would yield ourselves to fasting and prayer?

The Spirit of the Lord is upon me, because he hath anointed me to preach the gospel to the poor; he hath sent me to heal the brokenhearted, to preach deliverance to the captives, and recovering of sight to the blind, to set at liberty them that are bruised Luke 4:18

God anointed him to preach the gospel to the poor; sent him to heal the brokenhearted; preach deliverance to the captives; recovery of sight to the blind; setting at liberty those that are bruised.

Although that passage of scripture can be read in a few seconds, do we truly realize and understand the magnitude of the Power in which He walked and the quality of anointing that rested upon his life?

Here is my point, if it has been medically, scientifically and historically proven thatindividuals have been instantly healed as a result of the miraculous, shouldn’t there be such a hunger and thirst in us to experience this power?

As we study the life of Jesus Christ we will find that much power and anointing rested upon him after living a life of prayer and fasting. 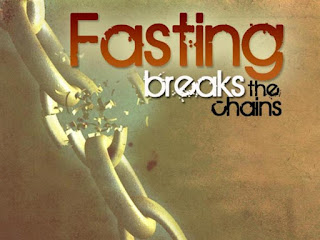 Imagine living a life so yielded to God that when you showed up demons begin to speak out, the lame walked, the deaf would hear, the blind would see and salvation would be received. That’s the power of Christ. It was very evident, based upon the results that followed, that the anointing was present. It takes the anointing to break yokes of bondage.  Without the tangible presence and power of God on our lives deliverance will not come forth.

Do you ever wonder why it is that some prayers are effective while others are not? What is the reason for this? In some cases, I’d say there is a lack of anointing on the part of the individual who is praying. The reason I say some cases, is because you will also find later on in the bookthat there are hindrances that can block thebreakthrough, and blatant sin can also counteract many prayers, but again to my point,

...it takes the anointing!

Luke 4
1And Jesus being full of the Holy Ghost returned from Jordan, and was led by the Spirit into the wilderness, 2Being forty days tempted of the devil. And in those days he did eat nothing: and when they were ended, he afterward hungered. 3And the devil said unto him, If thou be the Son of God, command this stone that it be made bread. 4And Jesus answered him, saying, It is written, That man shall not live by bread alone,
but by every word of God. 5And the devil, taking him up into an high mountain, shewed unto him all the kingdoms of the world in a moment of time. 6And the devil said unto him, All this power will I give thee, and the glory of them: for that is delivered unto me; and to whomsoever I will I give it. 7If thou therefore wilt worship me, all shall be thine. 8And Jesus answered and said unto him, Get thee behind me, Satan: for it is written, Thou shalt worship the Lord thy God, and him only shalt thou serve. 9And he brought him to Jerusalem, and set him on a pinnacle of the temple, and said unto him, If thou be the Son of God, cast thyself down from hence: 10For it is written, He shall give his angels charge over thee, to keep thee: 11And in their hands they shall bear thee up, lest at any time thou dash thy foot against a stone.12And Jesus answering said unto him, It is said, Thou shalt not tempt the Lord thy God.13And when the devil had ended all the temptation, he departed from him for a season. 14And Jesus returned in the power of the Spirit into Galilee: and there went out a fame of him through all the region round about. 15And he taught in their synagogues, being glorified of all. 16And he came to Nazareth, where he had been brought up: and, as his custom was, he went into the synagogue on the sabbath day, and stood up for to read. 17And there was delivered unto him the book of the prophet Esaias. And when he had opened the book, he found the place where it was written, 18The Spirit of the Lord is upon me, because he hath anointed me to preach the gospel to the poor; he hath sent me to heal the brokenhearted, to preach deliverance to the captives, and recovering of sight to the blind, to set at liberty them that are bruised,19To preach the acceptable year of the Lord. 20And he closed the book, and he gave it again to the minister, and sat down. And the eyes of all them that were in the synagogue were fastened on him. 21And he began to say unto them, This day is this scripture fulfilled in your ears. 22And all bare him witness, and wondered at the gracious words which proceeded out of his mouth. And they said, Is not this Joseph’s son? 23And he said unto them, Ye will surely say unto me this proverb, Physician, heal thyself: whatsoever we have heard done in Capernaum, do also here in thy country. 24And he said, Verily I say unto you, No prophet is accepted in his own country. Much can be pulled from the above verses. Chapter two highlights additionally revealed truths that happened as a result of the forty-day fast, but here, I wanted to highlight the glory that followed him after the fast. 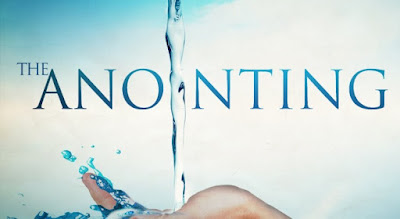 Verse 18 of Luke 4 says… because he hath anointed me to…
The ANOINTING makes the difference!

I pray you enjoyed this blog post. This post on
"Call to Fasting and Prayer"
was taken from my book Fasting for Breakthrough!

To Order  a copy